Why Merchandising is Important in Modern Trade? by Santosh Hegde on 28 May Tuesday Modern Trade has been seeing tremendous growth over the years, especially for FMCGs. With a tremendous and steady shift from general trade to modern trade, the companies are focusing on generating more revenue from the Modern Trade Outlets(MTO). Going further, you will be able to understand the concept of modern trade and how automating your sales force can be a beneficial option to reap the maximum benefits.

Modern retail is seeing retailers launch new stores and expanding. For instance, in 2017-18, Avenue Supermarts Ltd, which runs the DMart chain of stores, added 24 stores, taking its total count to 155.

As we realize there has been a significant growth rate in Modern Trade as compared to the general trade, we also should be able to differentiate them both from each other. 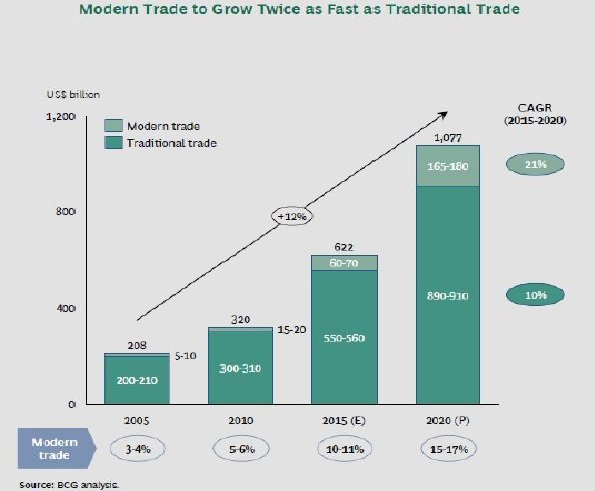 Why building brand awareness activity is a must to increase off-take from the shelf?

Given the increase in competitors for any of the FMCG products and a shift from traditional trade to modern trade, it becomes pertinent for the FMCG companies to stay ahead in the competition by establishing their presence in Modern Trade Outlets.

Now the question arises, as to how to ensure merchandising solution –

How Sales Force Automation Can Help Achieve the Above Process?

From the above, it is clear that Sales Force Automation helps you to remain in line with the industry and in fact, can give you an edge as against your competitors.

SalesDiary can help keep track of the supplies to Modern Trade Outlets through its advanced features.

SalesDiary is easier to implement and simpler to use. Book a demo with us now.